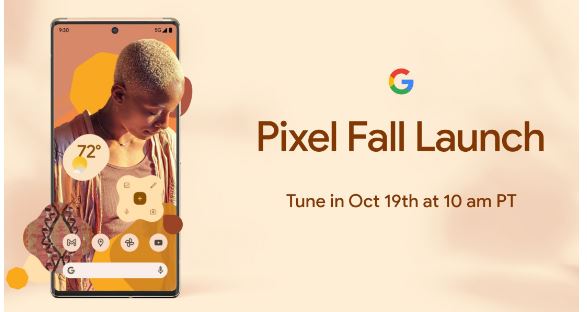 Google upcoming devices, the Pixel 6 and Pixel 6 Pro has been in the news with rumour circulating about the launch date. Now the company has officially announced that the duo will be announced on October 19th. Just as we are expecting the device to be official, the complete specification has also surfaced.

One main feature of the devices, is that the phone will be powered by Google’s own Tensor processor. While the Pixel 6 features an aluminium frame with matte finish, and the Pixel 6 Pro comes with a polished aluminium frame. Both are expected to run on the new Android 12 OS. Other similarities include supporting 5G network and sporting an In-display fingerprint scanner.

As for the spec details, the Pixel 6 will be coming with a 6.4-inch FHD+ AMOLED display. It will be available in 8GB RAM with 128GB and 8GB RAM with 256GB storage. It is expected to feature an 8MP front camera, supported by a 50MP + 12MP rear camera. The phone will pack a 4614mAh battery with 33W fast charging, wireless charging.

WhatsApp Communities A Feature That Bring Common Groups Together