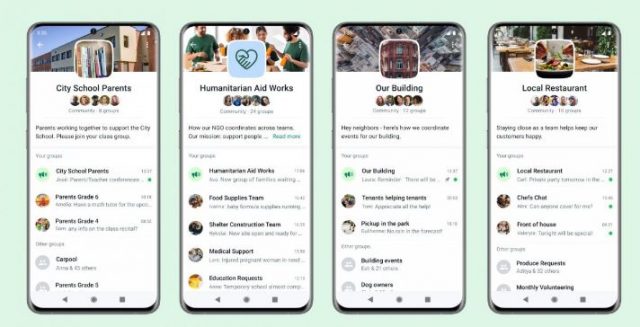 WhatsApp is one great social media platform that is constantly evolving. The messaging platform, has announced its plans to introduce a new feature in a bit to make it more interesting. Known as WhatsApp Communities, the new feature is designed for grouping together similar interest groups.

What this means, is that users can create a Community by adding groups featuring a similar theme. Community admins can then manage the groups within and send messages to all groups at once. This way individual conversations related to that group can continue while also getting announcements that impact all groups at the same time. Communities will support end-to-end encryption.

Regarding discoverability, WhatsApp has said that it will not be adding being able to search or discover new communities unlike “other apps”. The company will also be reducing the ability to forward messages from the current limit of five to just one group at a time in an effort to reduce the spread of misinformation within Community groups.

WhatsApp will also be banning individual Community members or admins, and disbanding a Community if it becomes aware of illegal, violent, or hateful activities within a Community.

WhatsApp is also introducing improvements to how individual groups work, regardless of whether they are part of a community or not.

Groups can now have emoji reactions for messages, so members can react to a particular message without sending separate emoji messages. Admins will be able to delete messages in a group, which will then be removed from everyone’s device. File sharing is being upgraded to support files up to 2GB in size. Finally, one-tap voice calling now supports up to 32 members.

The new features will be rolling out this week to a select group of users and slowly expanding to everyone else.