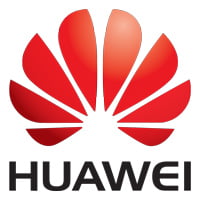 In a desperate move to increase its revenue after the United States imposed sanctions in its smartphone and telecom equipment manufacturing businesses, Huawei is said to have licensed critical 5G technologies to smartphone competitors Samsung and Oppo.

According to the Nikkei Asia’s reports, it is said that Huawei has claimed the patent licensing deal with Oppo, to be the largest one it has ever made with a Chinese company. According to Huawei, it will incorporate 5G, Wi-Fi, audio, and video technologies. Speaking about the deal, Oppo’s Chief Intellectual Property Officer, Adler Feng described the ideal is a win-win for both the Chinese tech giants. Oppo which is the world’s fourth-largest smartphone maker based on shipments, stated that;

The license deal will give it access to HUAWEI’s most advanced 5G-related technologies, while Huawei will be able to use some of Oppo’s patents. It’s a win-win for both sides.

Huawei also revealed that for the first time on Friday that it has licensed key 5G technologies to Samsung Electronics. The company also revealed that aside the Oppo and Samsung deals, other companies have shown interest. Huawei has 20 patent cross-licensing agreements with both domestic and international firms. In terms of both device sales and patent coverage, HUAWEI’s largest foreign licensee is Samsung, whereas its most significant domestic licensee is OPPO.

It could be called that the tech giant suffered a huge lose in its smartphone department after it was hit by the US ban. The company has been looking for ways to increase its revenues and  intellectual licensing seems to the new way. Huawei is said to be the first business to produce 5G integrated chipsets, but was forced to forsake that area of development after the United States severely restricted its access to U.S. technology, including its top chip making suppliers.

HUAWEI ranked No. 1 in the China National Intellectual Property Administration and the European Patent Office in 2021 and No. 5 at the U.S. Patent and Trademark Office. Huawei may not have disclosed, the individual deal values, but has stated that patent licensing revenue ranged from $1.2 billion to $1.3 billion from 2019 to 2021 and was growing.