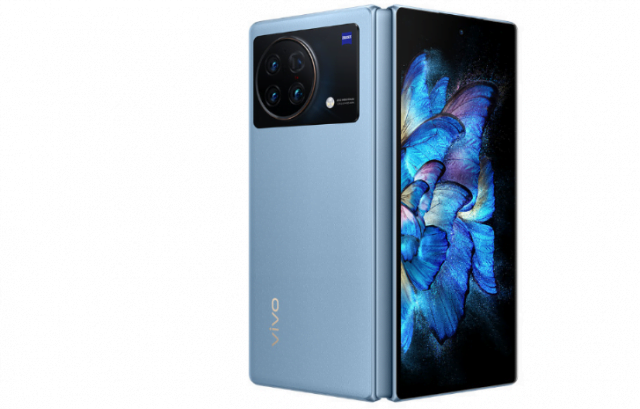 Vivo has been rumoured to be working on its first foldable phone. The company has now officially confirmed this rumoured by posting a picture of the device. Known as the Vivo X Fold, the device was teased alongside the Vivo Pad tablet which comes with a keyboard and stylus pen. The company reviewed that the new device will be introduced on April 11th.

Aside sharing the image of the phone, Vivo also posted a teaser video. According to the company, the phone is expected to be powered by Snapdragon 8 Gen 1 and an ultrasonic in-display fingerprint unlocking feature. The cameras feature ZEISS VARIO-TESSAR lens, f/1.75 to f/3.4 aperture and 14mm to 125mm focal length for the cameras, including the periscope telephoto camera.

Speaking about the device, Vivo’s product vice president posted that the company started pre-research on foldable screens four years ago. According to him, the company wanted to build a device that the inner screen must be large and good enough, and the look and feel should not be affected by creases due to frequent opening and closing for a long time.

The company boss said they wanted a flagship level device. The switching of internal and external screens shouldn’t have problems such as frame control and color difference. He also revealed that Vivo is the pioneer of in-display fingerprints, so it can’t give up on it, so the company worked hard to overcome the difficulties involving materials, acoustics and structures, etc., and brought “more mature and reliable folding screen” The company also brought the first dual-screen ultrasonic fingerprint on the folding screen.