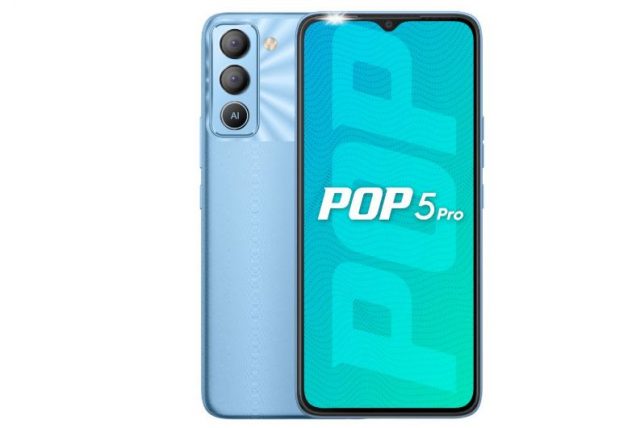 Tecno Mobile has launched it’s latest budget smartphone in the Pop series. The new smartphone is called the POP 5 Pro, and according to the company, it is aim at democratize industry leading premium technology by offering them at competitive price points. The phone comes featuring a 6.52 HD+ display with 120Hz touch sampling rate and has a 1600 x 720 pixels resolution.

The Tecno Pop 5 Pro is by 2GHz Quad-Core MediaTek Helio A22 processor. It runs on Tecno’s HiOS 7.6, which is based on Android 11 (Go Edition). It comes with IMG PowerVR GE-class GPU and pack a 6000mAh battery. It is supported by a 3GB RAM, and has 32GB of storage. This can be expanded up to 256GB using a microSD card.

The Tecno Pop 5 Pro comes in Ice Blue, Deepsea Luster and Sky Cyan colours. It will be avialble in retail stores at a price of about N48,000 (Naira) here in Nigeria.