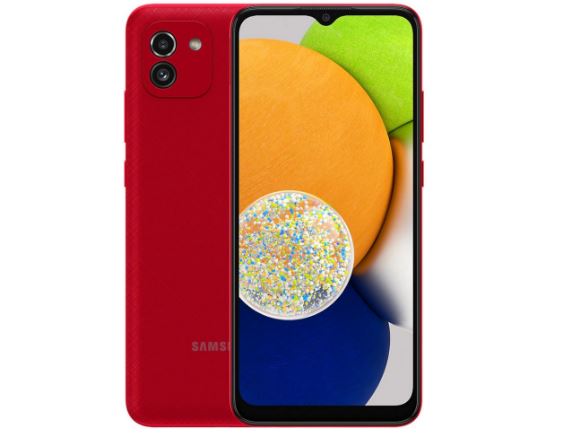 Samsung has launched the company’s latest budget in India. Known as the Galaxy A03, the phone comes as the latest addition to its A series line up. The phone sports a 6.5-inch HD+ Infinity-V display, with a resolution of 1560 × 720 pixels. It could be remembered that Samsung introduced the device back in November last year. It came having a body dimension of 164.2 x 75.9 x 9.1mm and a weight 206 grams.

The phone is powered by an Octa-Core Unisoc T606 processor, supported with a Mali-G57 MC2 GPU that is clocked at a frequency of 650MHz. It is available in 3GB RAM with 32GB Storage version and a 4GB RAM with 64GB Storage. Both versions can be expanded up to 1TB using a micro SD card. The phone runs on Android 11 with One UI Core 3.1 user interface.

The phone has a 5MP front camera for selfie and a combination of 48MP main rear camera and a 2MP depth sensor on the rear. It packs a 5,000mAh battery with 10w charging.