Itel has announced its latest entry-level smartphone series in Nigeria. Known as the Itel A58, the new device is coming as a successor to the Itel A48 launched back in 2018 and as an improvement to the A56. The A58 series includes the vanilla A58 and A58 Pro. Compared to the A48, the phone has a better design as well as a better processor.

Both the Itel A58 and A58 Pro comes featuring a 6.6-inches HD+ IPS LCD display with a resolution of 1612 x 720 pixels. Both smartphones are powered by a Quad-core UNISOC (Spreadtrum) SC7731E processor clocked at a speed of 1.3GHz. While the A58 came with 1GB RAM with 16GB of storage, the A58 Pro packed a higher 2GB RAM with 32GB of storage. Both devices can be expanded up to 32GB using a memory card.

Both phones run on Android 11 Go Edition, pack a 4000mAh battery and has a rear fingerprint sensor. They both feature a 5MP lens which is supported by a secondary AI sensor on the rear, as well as a 5MP front facing camera. Both smartphones are 3G enabled with no 4G support. Other connectivity option available include support for Bluetooth, Wifi, GPS and USB connection. 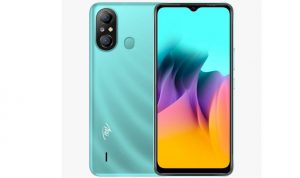 Itel A58 and A58 Pro Specifications

The Itel A58 and A58 Pro come in Black, Green, and Purple colors. It is available in retail stores at a price tag of about N36, 000 and N46,00 (Naira) respectively here in Nigeria.