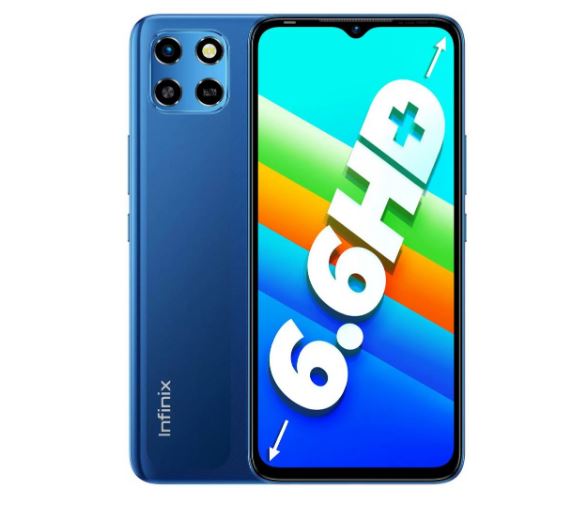 Infinix has launched its latest budget smartphone in the Smart series. Known as the Smart 6 HD, the smartphone, which look almost similar to the Smart 6, was launched in India. It comes sporting a 6.6-inch HD+ display, with a resolution of 1600 x 720 pixels. It comes with a 89% Screen-to-body ratio and has Panda MN228 Glass Protection.

The phone is powered by the Quad-Core MediaTek Helio A22 processor clocked at a speed of 2GHz. This is supported by the IMG PowerVR GE-class GPU. The Infinix Smart 6 HD comes paired with 2GB of RAM that can be expanded up to 2GB. It has a storage capacity of 32GB and can also be expanded up to 512GB using a memory card.

It runs on Android 11 (Go Edition) with XOS 7.6, backed by a 5000mAh battery with 10w charging. On the front is a 5MP selfie camera, while the back has an 8MP rear camera with f/2.0 aperture. The phone doesn’t come with a fingerprint scanner, but offers face unlock as an option.

The Infinix Smart 6 HD comes in Aqua Sky, Force Black and Origin Blue colour options. It has a price tag of Rs. 6799 in India. We should be getting the price, when it is officially introducted in Nigeria and Kenya.