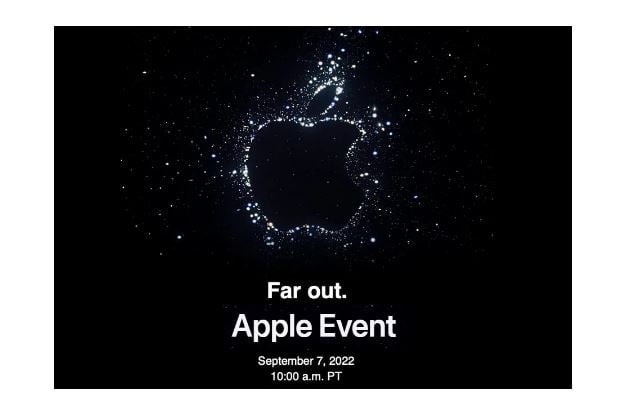 Apple has announced September 7th as a date for its special event. Yes, you heard me right, the launch of the much awaited iPhone 14 series. The company has sent out an email to all its subscribers inviting them for the special event. The email reads ‘Far out’ and has an Apple logo made of stars. It is expected that the company will unveil the new iPhone 14 models at the event along with new Apple Watch Series 8.

The iPhone 14 series is expected to feature four different series. According to reports, the iPhone 14 Pro models will have an upgraded 48MP camera, and will feature a pill-shaped and hole-punched cutout compared to the notch, an A16 chip, and other features not seen in the normal iPhone 14 models, according to earlier reports.

Apple will, also, be unveiling its Watch Series 8, the Watch SE and the all-new Apple Watch Pro. The Watch Pro is expected to have a larger body, an updated design, and a more rugged build. The new model is also said to come with a new feature to measure the wearer’s body temperature and alert them if they have a fever or a rise in temperature.

The event will kick off at 10AM PT (10:30 IST) on September 7th and will stream directly from Steve Jobs Theater on the Apple Park.